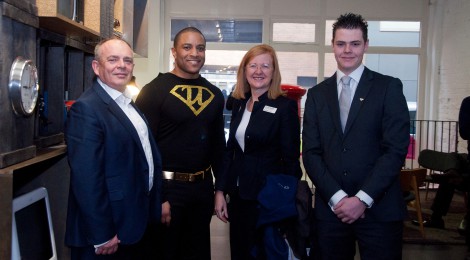 A young London programmer has developed the world’s first self-development tool for entrepreneurs and Deputy Mayor Victoria Borwick attended the Google Campus in Shoreditch to launch it.

Julian Hall, is the developer of the Ultra Academy App and is also a board member at Young Enterprise. The Chair of the Young Enterprise Central North London Board, Stuart Maitland, was also at the Google Campus to support the event.

The Deputy Mayor spoke at the event about London’s thriving tech industry, with areas like Tech City leading the way. After opening the event, Victoria said “when entrepreneurs are successful, London is successful. Our city needs all entrepreneurs to take calculated risks, to bring productive change to existing industries and to create new industries”.